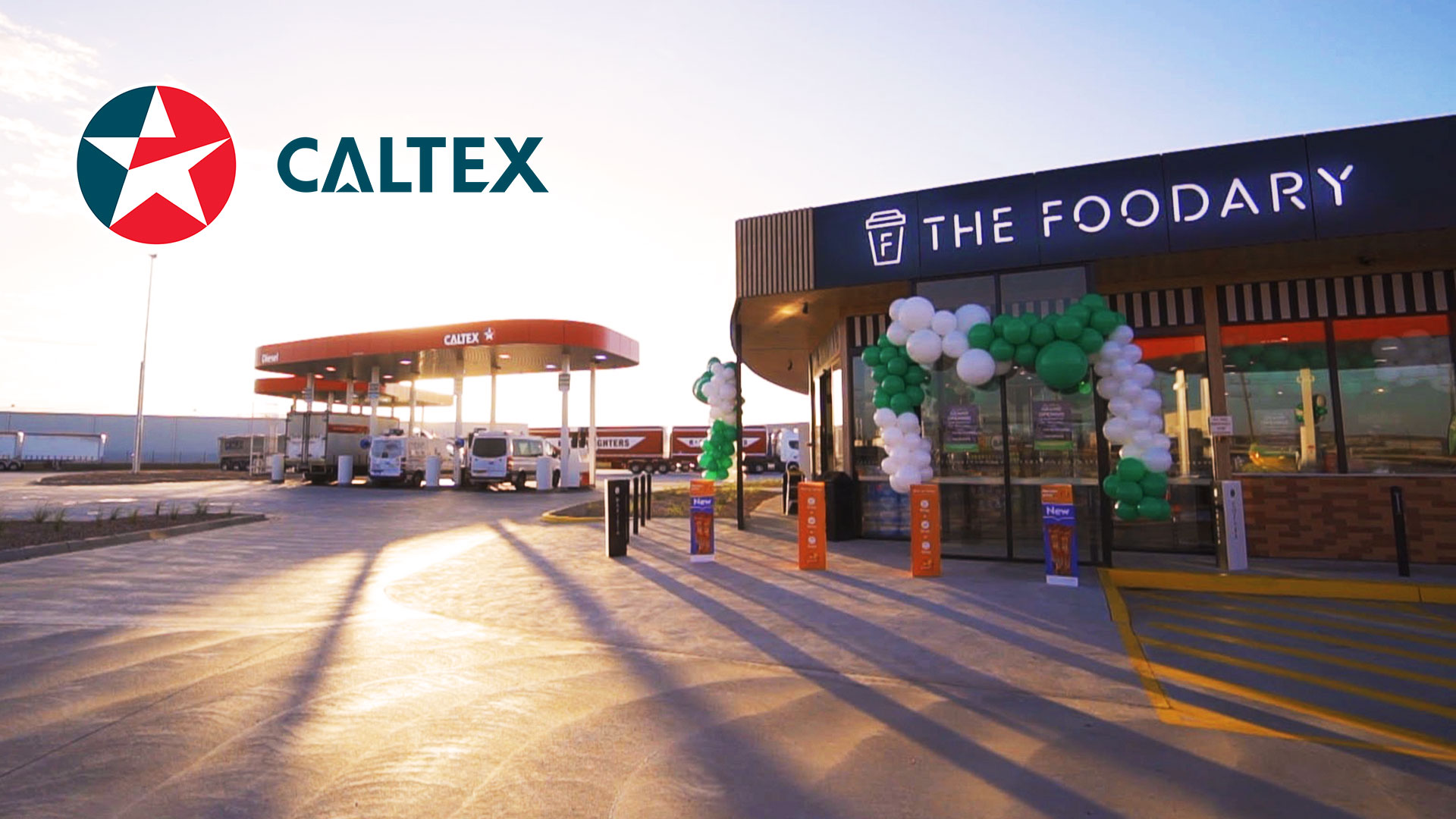 UAVisuals was there to capture drone footage along with high-end ground video production.

The Foodary is Caltex’s new convenience hub at service stations, offering fresh and healthy food options on the go for breakfast, lunch and dinner as well as providing the finest barista-made coffee. 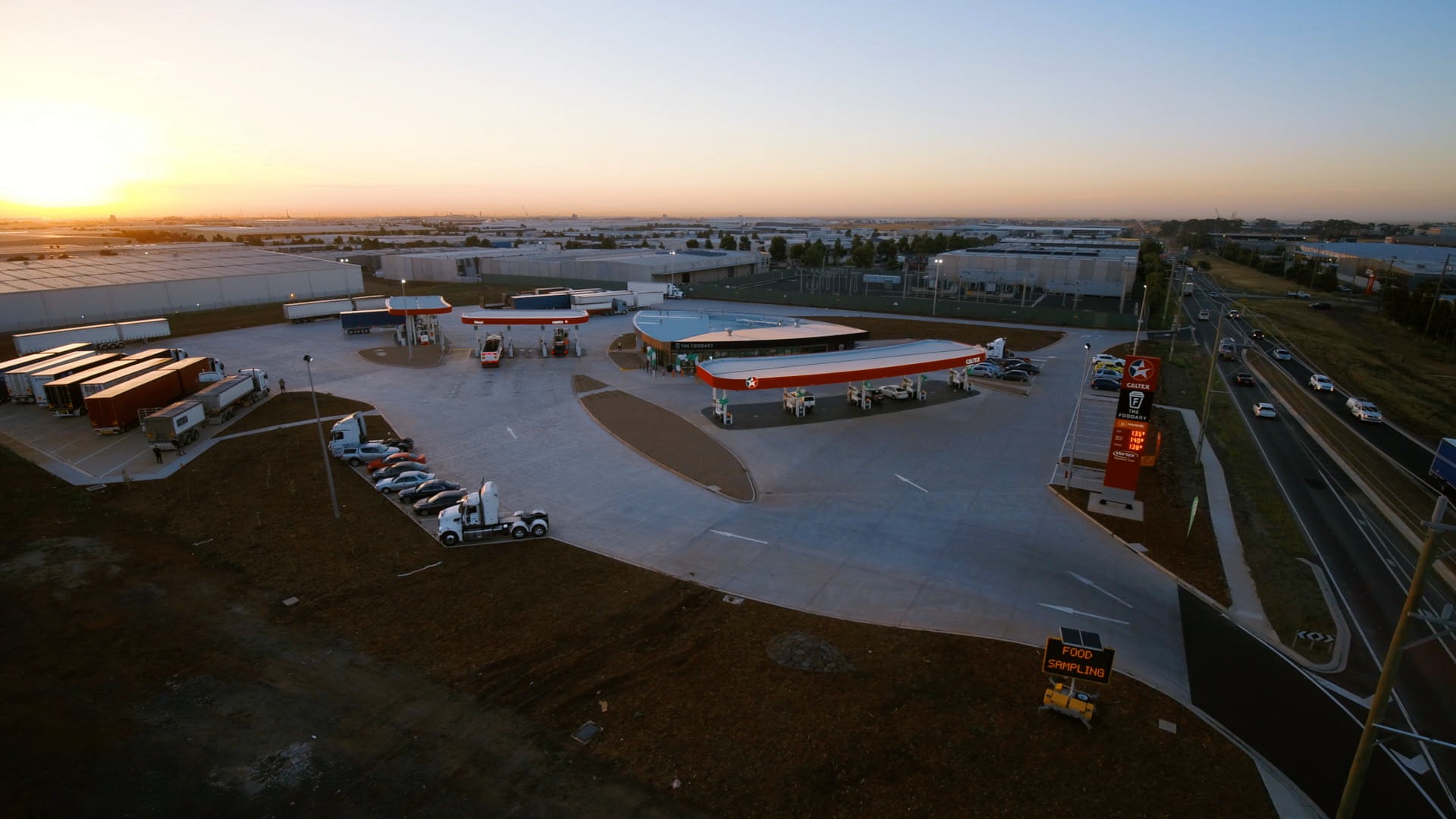 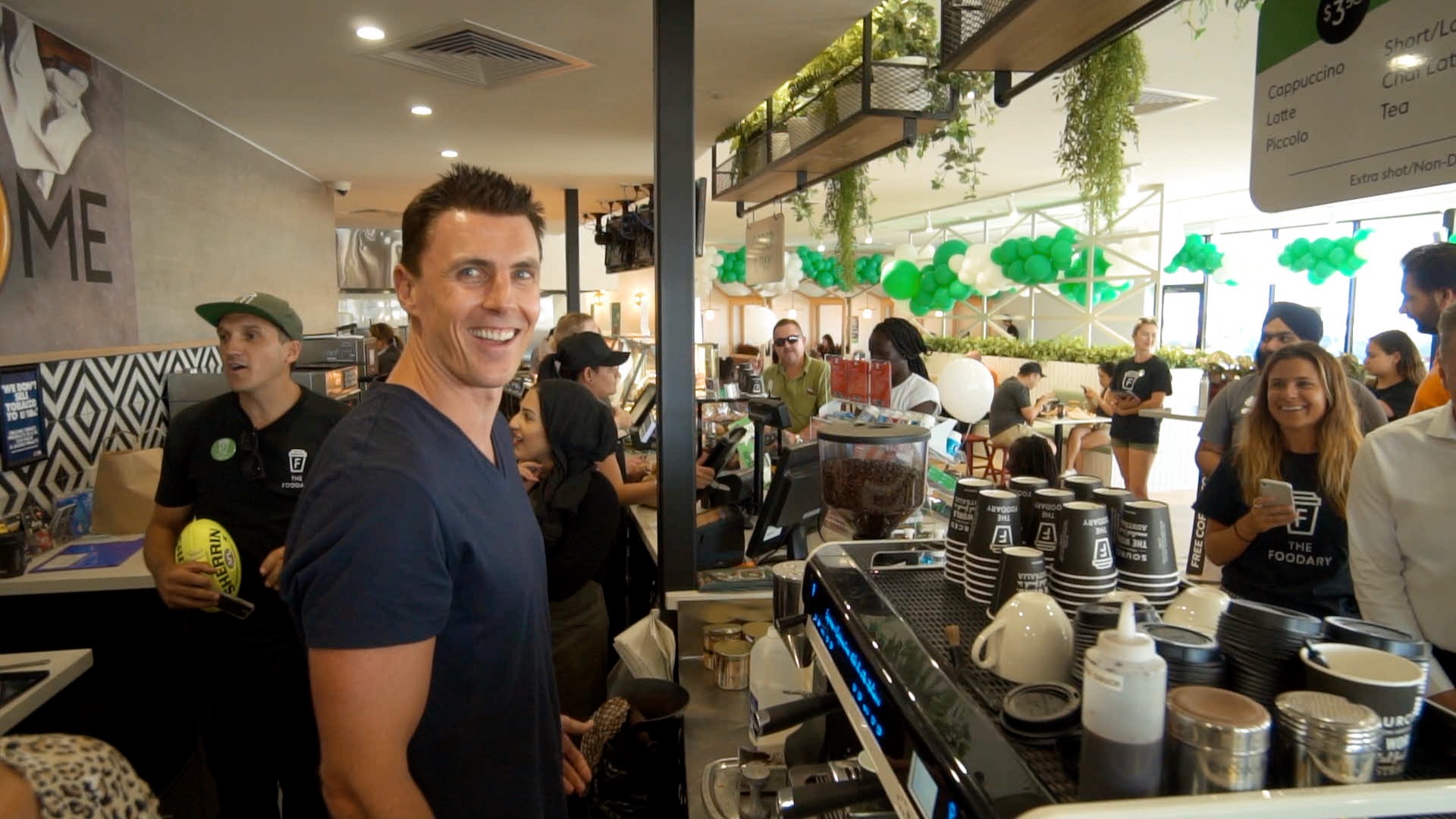 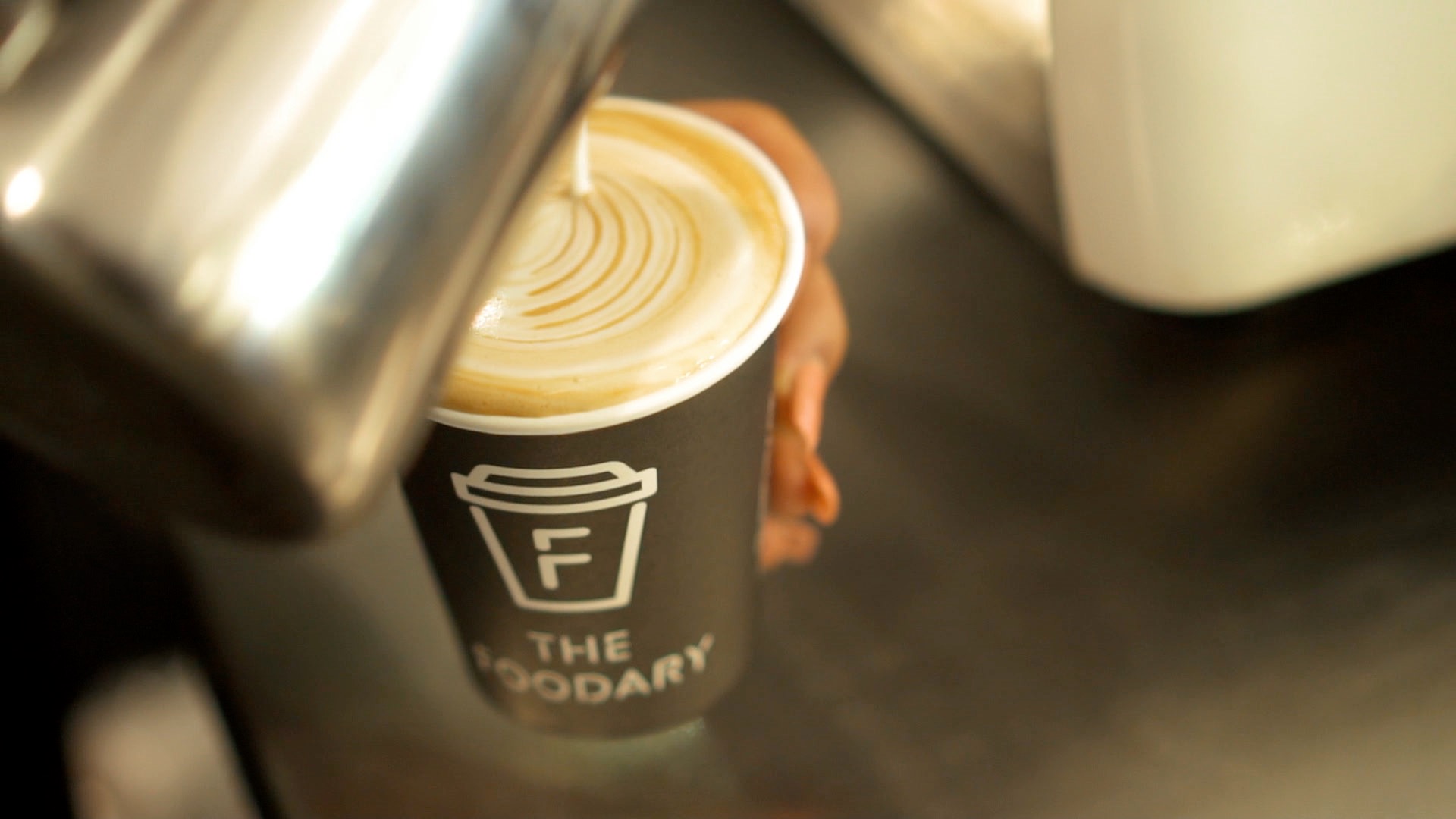 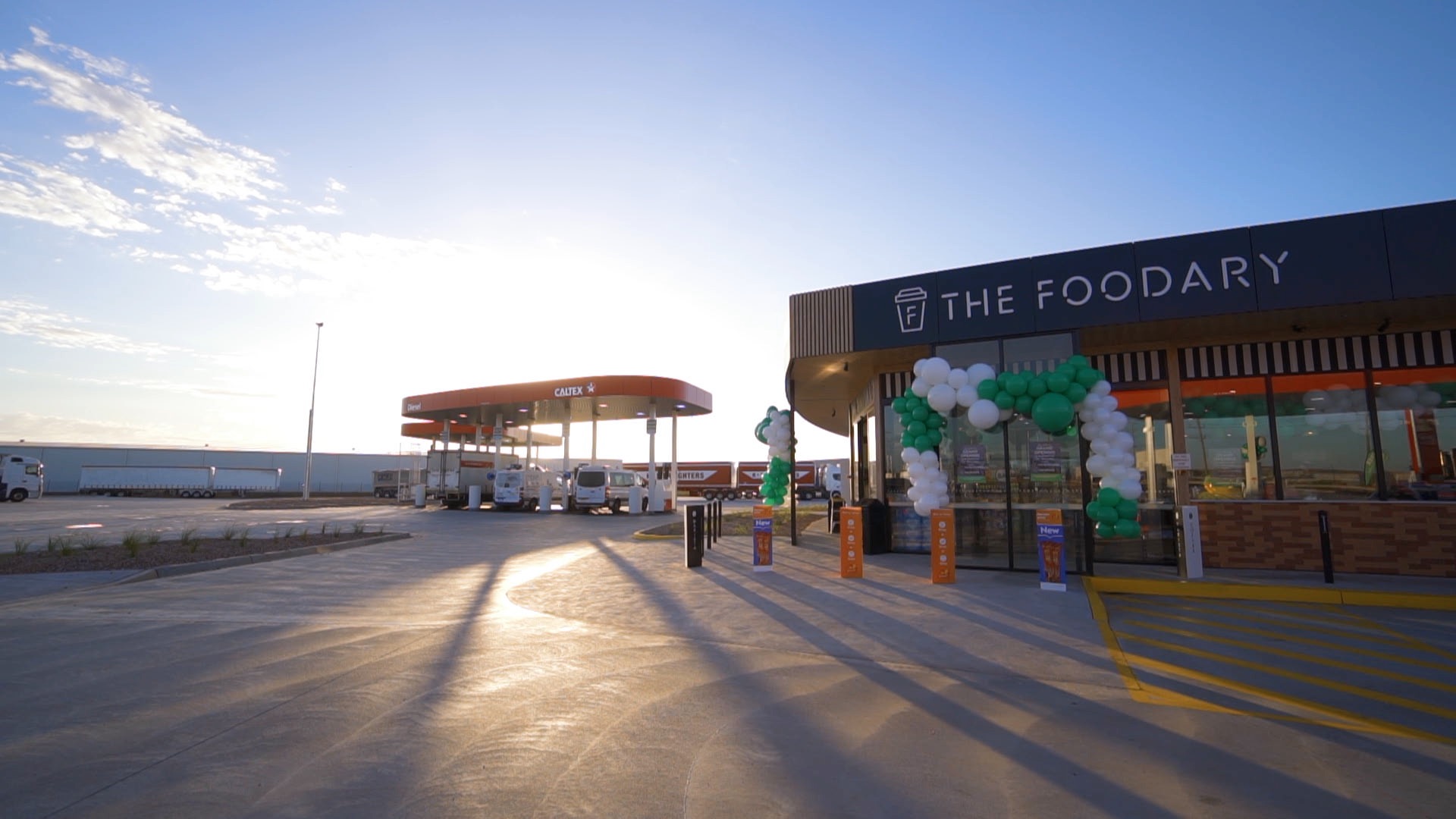 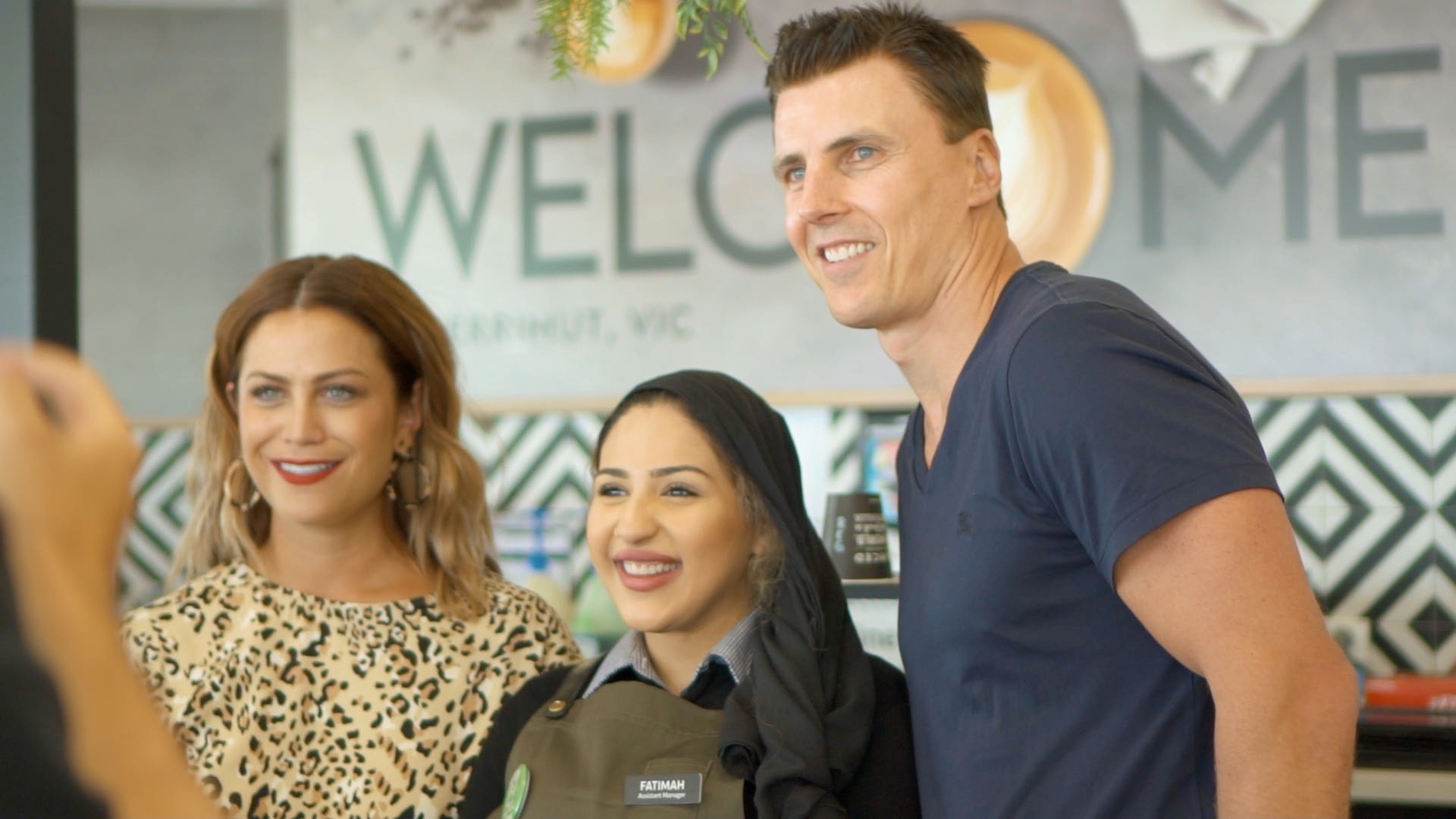 UAVisuals were engaged to capture the grand opening of their new concept store in Derrimut, Victoria. The interiors were designed by Alisa and Lysandra from The Block and what they did was amazing. Not only did they create a diner-style eatery, but they drew up the best bathrooms you’ll ever see at a service station. A modern, industrial and home-style mix, not something you see often.

Once again, UAVisuals proved they’re more than just a drone aerial service provider, being asked by Caltex to capture the festivities of the morning.

On the ground, Tim and Aaron were inside the store capturing the morning with a lot of fun, friendly staff and customers enjoying the free coffee & giveaways. Celebrities Matthew Lloyd, Alisa & Lysandra also got behind the counter to see who could make the best coffee. Of course, it was the Essendon champion that scored the win!