The new DJI Mavic series has hit the consumer market and they’ve released two highly-anticipated versions, the DJI Mavic 3 and DJI Mavic 3 Cine. This has come 3 years after the Mavic 2 series was first introduced. The two contenders weigh in at 895 / 899grams (respectively), which is 12 / 16g less than the Mavic 2 series, but comes with a series of additional knockout features (Refer to Table 1 : Comparison) 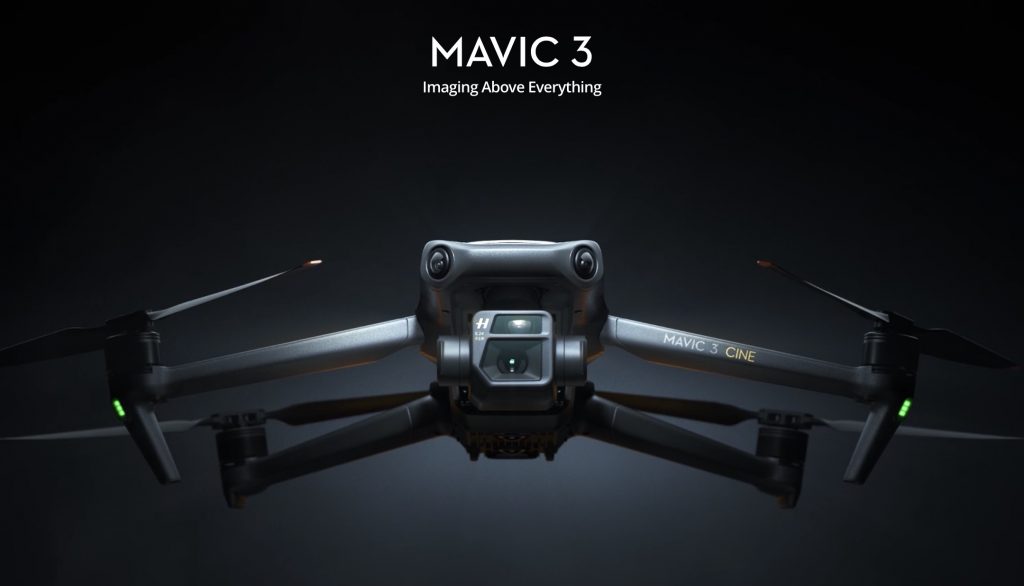 Key features of both models of the DJI Mavic 3 series: 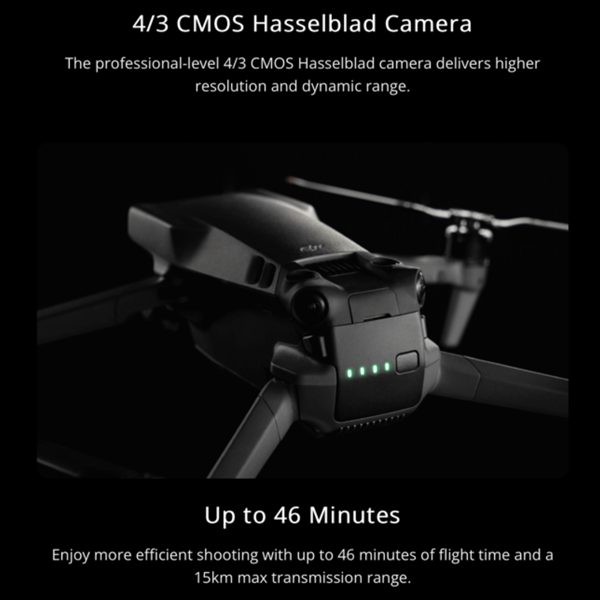 They’re the first compact, foldable drone to feature a dual-camera setup. Featuring a bottom-mounted Hasselblad 20MP Four Thirds sensor camera, with a top-mounted telephoto camera with a 12MP 1/2″ CMOS. This is where the Mavic 3 earns its stripes as I’m sure some of you might have experienced the ‘swap out’ drone just to get that Telephoto shot you needed to close out the capture requirements. Well, those days are now numbered as the Mavic 3 does all of this in one handy, compact unit. Complementing the autofocus prime lens is the Mavic 3’s second camera – a 162mm tele lens with 28x Hybrid Zoom (digital + optical), 12MP resolution and aperture of f/4.4 that can freely bring distant objects visually closer, offering more dynamic perspectives and creative possibilities at a distance. 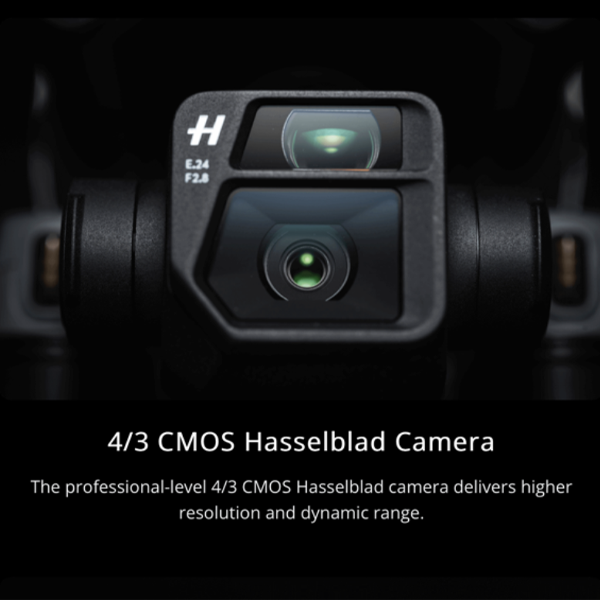 The more expensive ‘Cine’ version adds a 1TB of internal memory with the ability to capture using the ProRes 422 HQ codec, plus a Micro SD memory card slot. The Cine model also only comes as a combo package, including three batteries, two sets of ND filters and the more sophisticated DJI RC Pro controller.

The basic Mavic 3 gives you 8GB of internal storage and can capture up to 1 billion colors when recording in a 10-bit D-Log color profile. It supports memory cards up to 2TB and contains 8GB of onboard internal storage. Both versions of the drone can use the full width of their 5.1K sensors. The standard M3 can be purchased standalone.

In terms of flight times, the Mavic 3 and Cine can fly up to 46 minutes (on paper) which surpasses the Mavic 2 series, and the Air 2S, by 15 minutes. As impressive as these new features are, they come at a significantly higher cost compared to their predecessors.

The Mavic 2 series featured obstacle detection sensors on all sides of the drone. The Air 2S has obstacle avoidance capabilities on the top, bottom, front, and back of the aircraft. DJI has equipped the Mavic 3 with six fish-eye vision sensors and two wide-angle sensors that give the drone 360º omnidirectional obstacle avoidance, even when flying in Normal mode. This means the drone can detect obstacles on the top and bottom along with every possible angle from the front, back, and sides. The bottom of the aircraft houses two additional sensors plus auxiliary lights that help aid takeoff and landing in low-light situations.

APAS 5.0 – the latest iteration of an autopilot system that automatically detects obstacles – will avoid them by creating a path around them. This is consistent with the Air 2S.

For the Mavic 3 model, DJI has opted to use the same RC-N1 Remote Controller that powers the Mavic Air 2, Air 2S, and Mini 2. The Mavic 3 Cine is powered by a new remote called the DJI RC Pro. It basically an updated version of DJI’s Smart Controller. The RC Pro features a 1,000-nit, 5.5″ high bright screen and a range of 15km (9.3 miles) thanks to O3+ (OcuSync 3) transmission.

All drones shoot 20Mp imagery, and in RAW format.

The Mavic 3 also benefits from a new Vision Detection Auto Focus technology, a quick focusing feature which enables the Hasselblad camera to work with multiple vision sensors on board to capture distance data to optimise focusing speed.

If you haven’t already heard about it we cover drone inspections in our online courses for all industry types such as roofs, powerlines, telco, insurance and you will also get access to our industry insights, everything we have learned over the years at your fingertips. Learn the operation, gear you need, how to win work, software, and much more!